“I perceived that I was on a little round grain of rock and metal, filled with water and with air, whirling in sunlight and darkness. And on the skin of that little grain all the swarms of men, generation by generation, had lived in labour and blindness, with intermittent joy and intermittent lucidity of spirit. And all their history, with its folk-wanderings, its empires, its philosophies, its proud sciences, its social revolutions, its increasing hunger for community, was but a flicker in one day of the lives of the stars.” – Olaf Stapleton

The fall of the Western Roman Empire is conventionally attributed to the deposition of Romulus Augustulus in 476 AD, which triggered a period of political, economic and existential upheaval that would last until approximately the 10th century and which historians have controversially christened the Dark Ages.

When examining the collapse of the Roman Empire, it is not only the city of Rome and the Italian peninsula that must be taken into consideration but an entire civilization that included all of Europe as it is known today until the eastern bank of the Danube, the Middle East and North Africa: territories and populations who had for centuries formed an integral part of the political, economic and cultural system of Rome, who had identified as Roman citizens, and who suffered serious repercussions with the fall of the Empire.

For several centuries, we can observe the progressive loss of scientific and technological expertise, of logical and formal rigor in literary production, and of technical mastery in the figurative arts. A loss that must always be understood as the loss of one thing but the birth of another – the conceptual seeds that would grow into the construction of Notre Dame within a few centuries.

Dozens of diverse populations, both nomads and settlers, lived beyond the borders of the Empire and maintained diplomatic and economic relations with the Romans. Many migrated from their villages to the ever-expanding lands of the Empire, where they were employed as farmers or soldiers but might also rise to important state or military offices. In 313 AD, Christianity became the state religion: the values ​​of acceptance, egalitarianism, and ecumenism were crucial to the integration of cultural diversity that formed the backbone of the Roman Empire.

When a decrease in temperatures made it difficult to supply food to the nomadic peoples in the steppes of central Asia, an unprecedented migratory flow began. Episodes of corruption and mismanagement of this flow lead to very real battles as well as the emergence of structural weaknesses within this vast and ancient global empire. The stability that had for centuries characterised the Mediterranean basin was lost. These are what was known in the Latin world as “barbarian invasions” and in German, “Völkerwanderung”, the migration of peoples.

The fame of the Bronze Age derives from the unprecedented cultural wealth of the Mediterranean basin. It was in this moment of history that the great Minoan-Mycenaean civilization, the Mesopotamian civilization and the Egypt of Ramses II prospered: cultural exchange flourished from the Aegean Sea to the Middle East.

Bronze, which revolutionised the technical possibilities offered by metal, was forged using copper from Cyprus and tin from Afghanistan, travelling along a route of thousands of kilometres only made possible by the political stability that defined this era. It was along these trade routes that the habitual exchange and dialogue between different and geographically distant cultures developed.

The 12 th century BC saw this equilibrium disintegrate: the palatial society that peaked in Knossos and Mycenae quickly disappeared, just as writing vanished from the Greek world. Archaeology tells the story of significant demographic collapse and the ceasing of contact between populations who, just a few decades earlier, were engaged in an aesthetic syncretism clearly shown in artefacts from the previous era.

Historiography has traditionally attributed this radical change to invasions from the so-called Sea People, whose attacks are recorded in Egyptian and Ugaritic inscriptions and documents. We know that it was not a uniform group and their exact origin is uncertain but archaeological data allows interpretation of these invasions as an attempt to escape the same hunger and miserable conditions that would soon strike the victims of their incursions.

Recent palaeoclimatological studies confirm the hypothesis of famine: around the 12 th century, a severe drought dried up the immense area that stretched from the Persian Gulf to the Italian peninsula. Crops were insufficient. Alongside these indicators are abundant signs of a catastrophic seismic swarm – both physical and psychological.

Bas-reliefs at Medinet Habu in Egypt show the suppression and enslavement of the Sea Peoples. The collapse of the Bronze Age was imminent.

We spent a week living together at Robassa, a secluded house in the hills built in a modern style in the late sixties. It is a home that requires constant and costly maintenance: today the deterioration of the structure and its abandonment mean it is also used as a refuge by wild animals.

Here, we recreated various objects from late antiquity and the late Bronze Age. The act of recreating these objects was for us a means of meditation on the past, present and future.

Robassa was in turn a source of inspiration itself: the objects emerge from its spaces as though from a glitch in the space-time continuum marked by ruin. 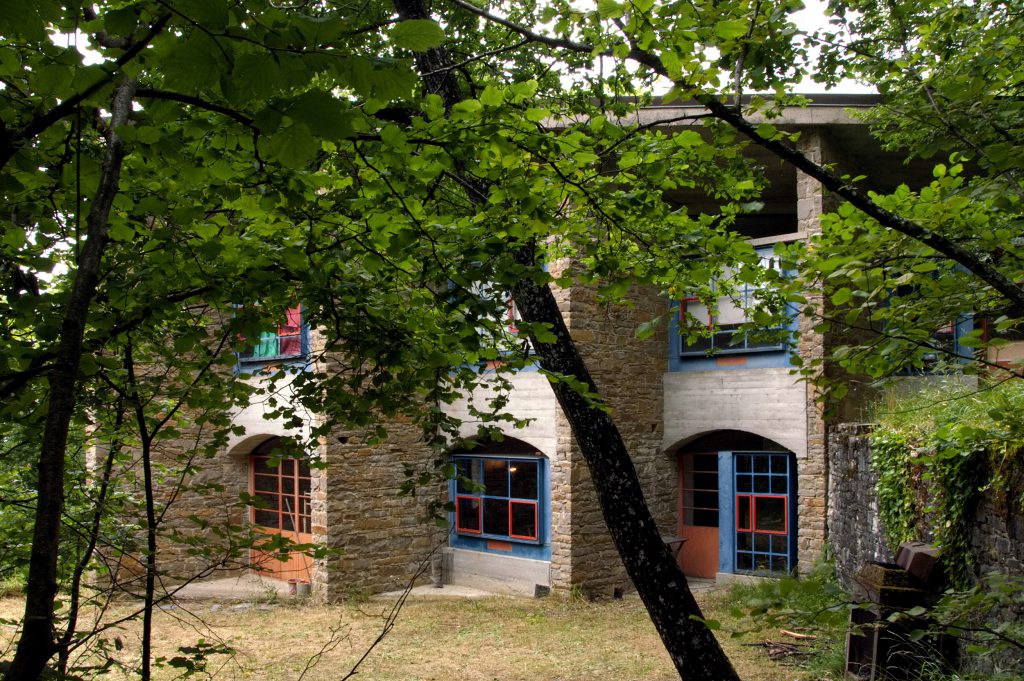 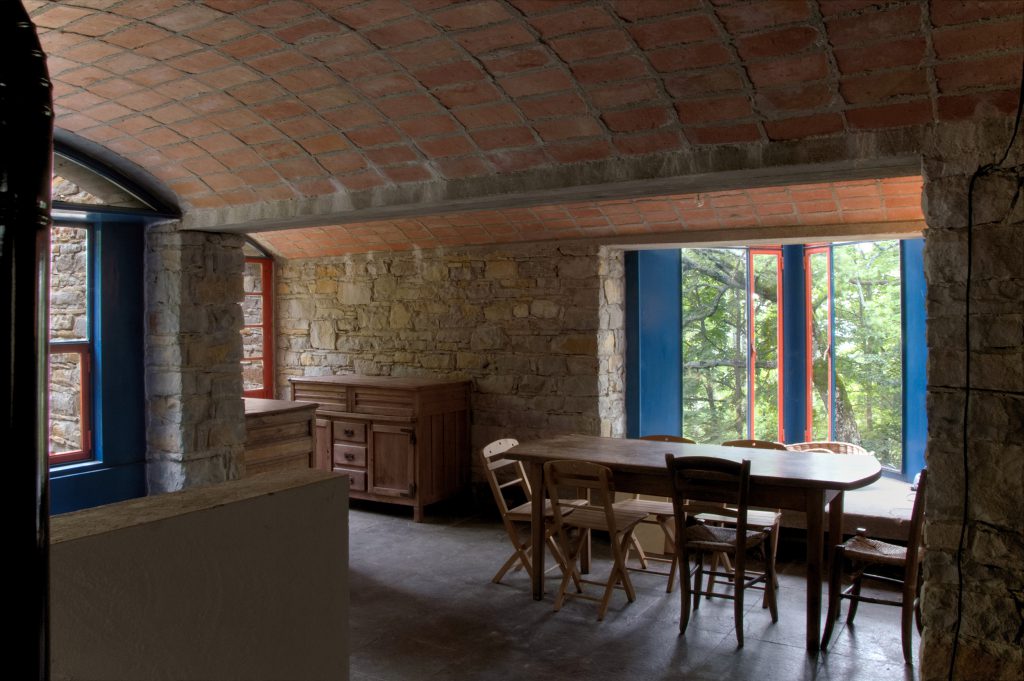 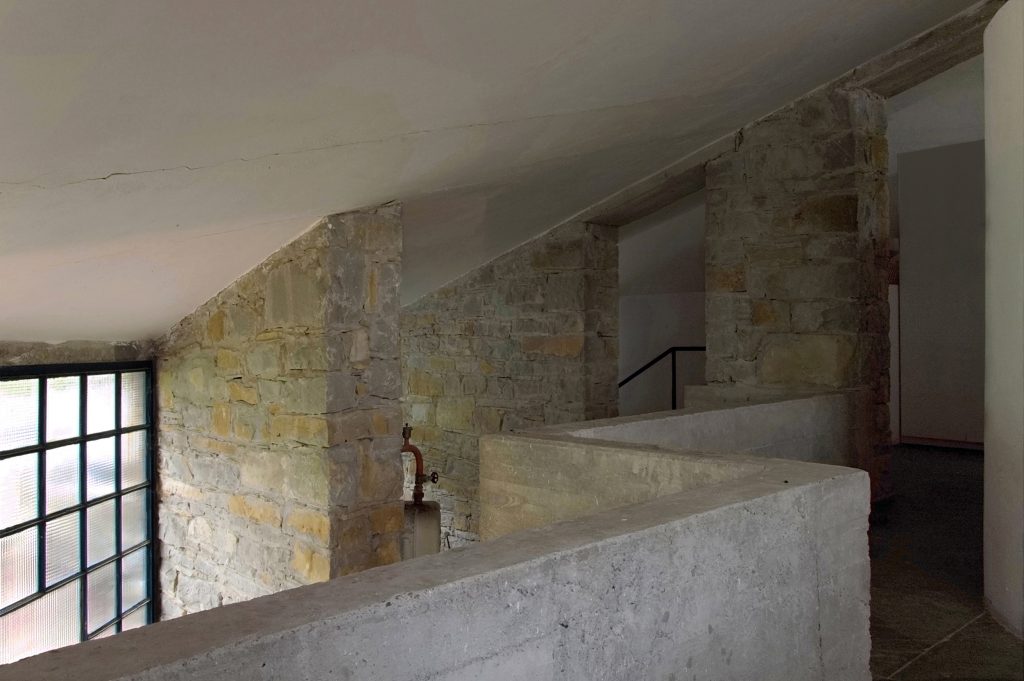 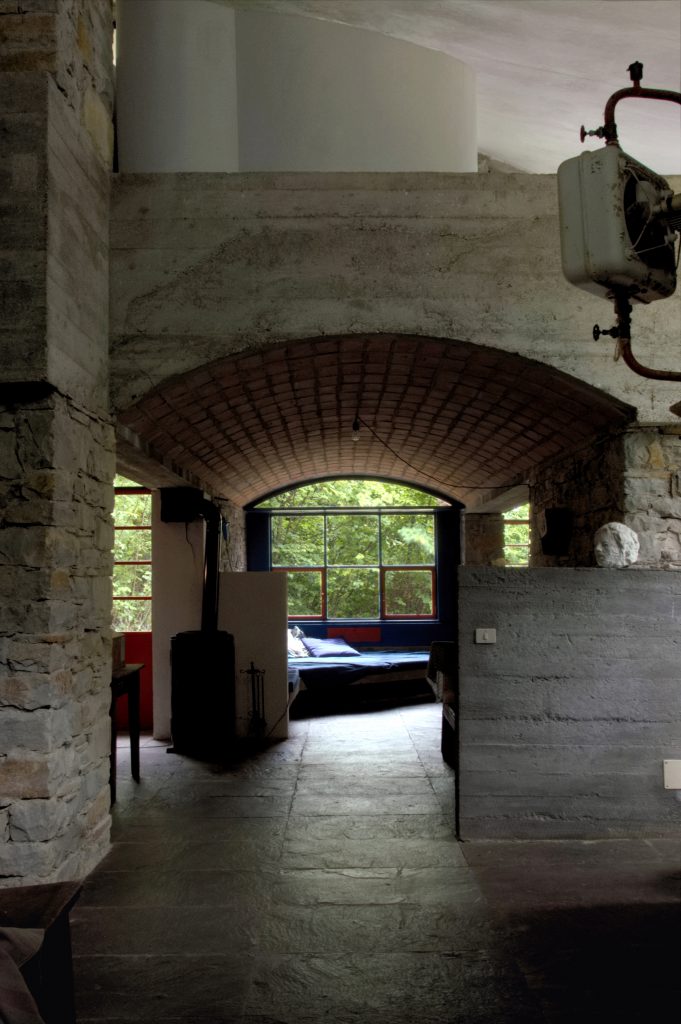 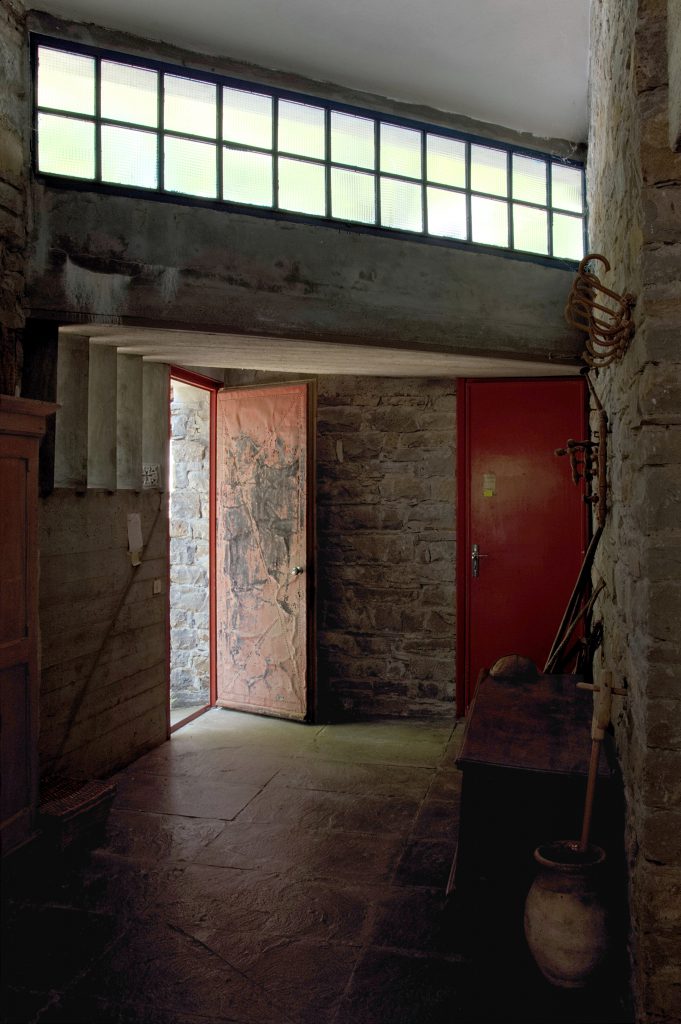 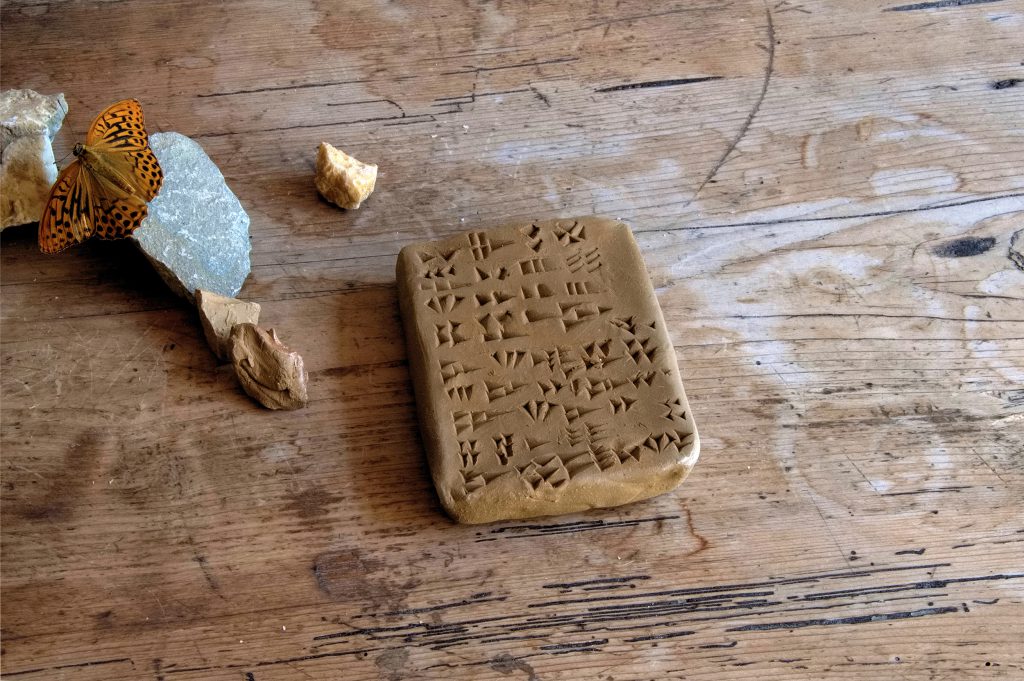 Ugarit letter, 1185 BC, Translation ─ There is famine in our house; we will all die of hunger. If you do not quickly arrive here, we ourselves will die of hunger. You will not see a living soul from your land. 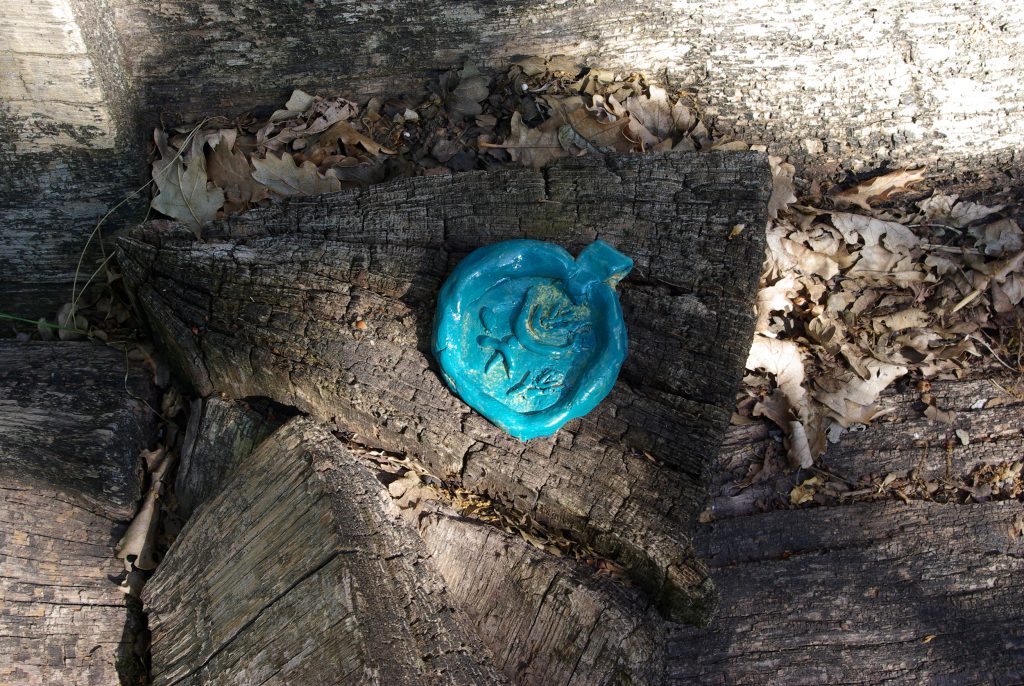 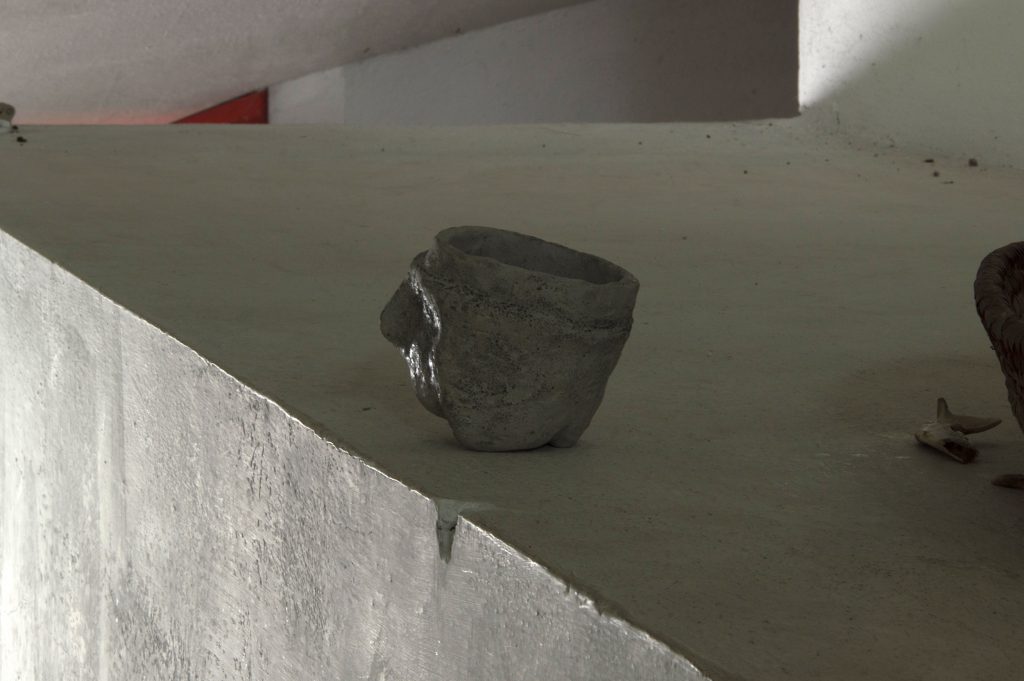 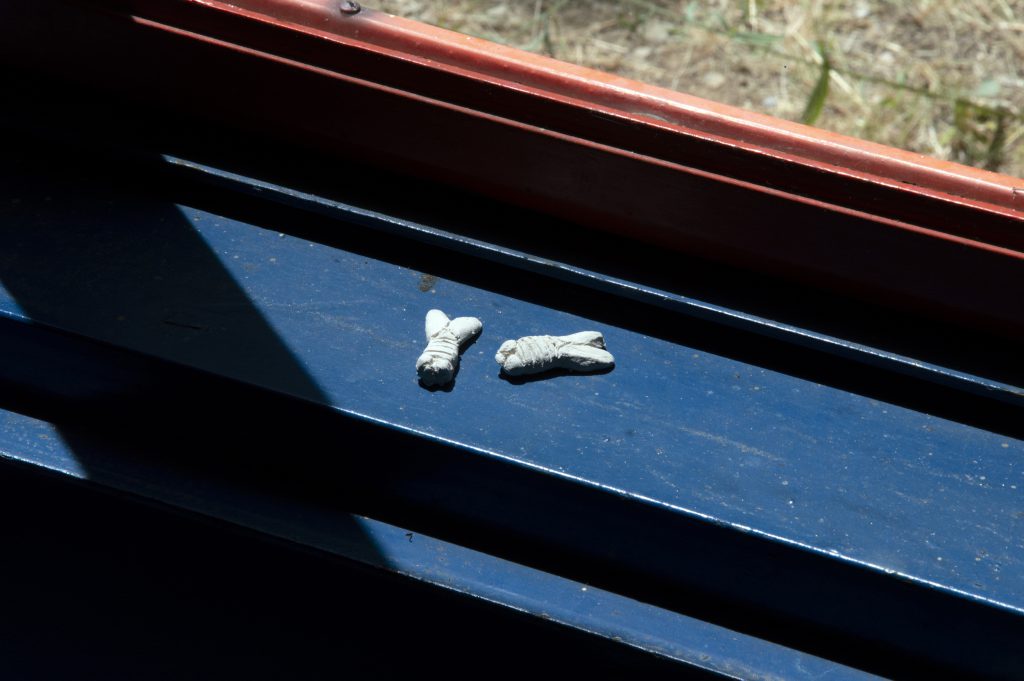 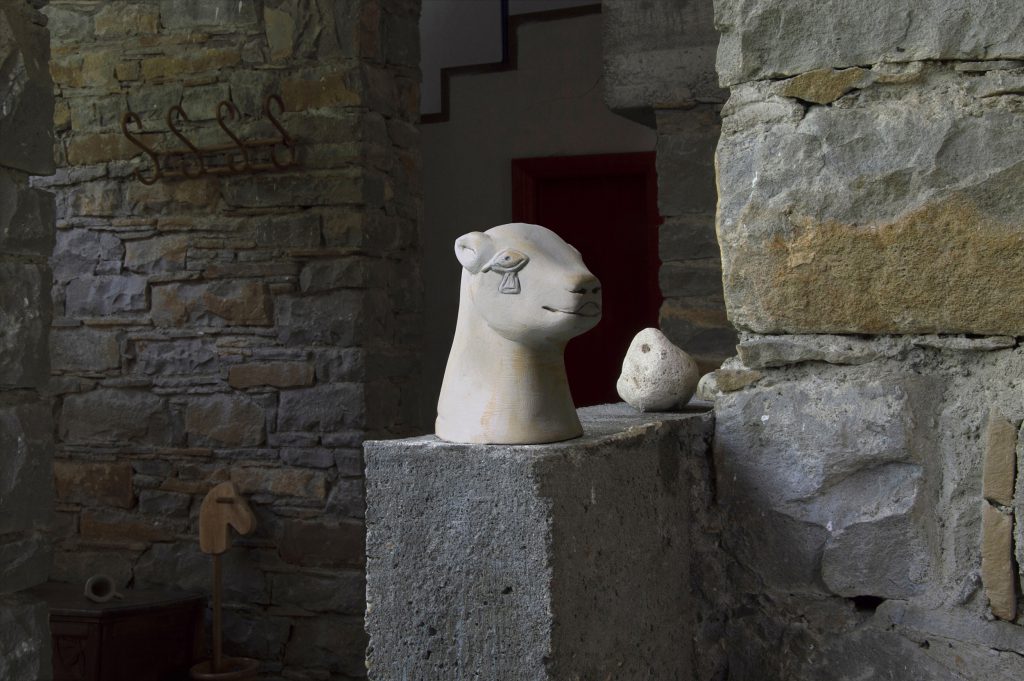 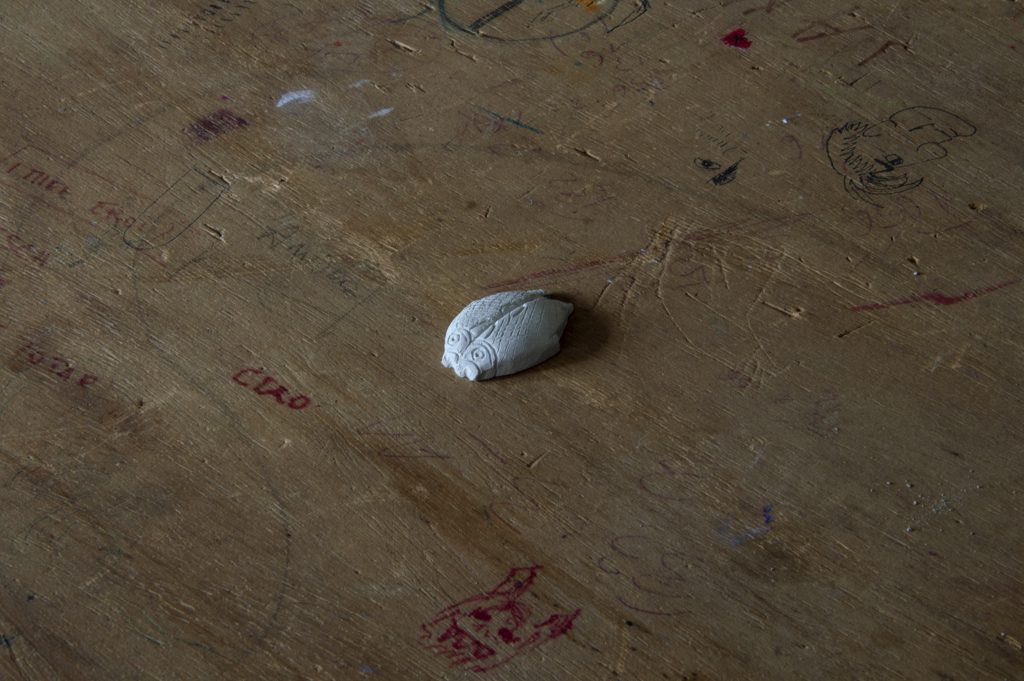 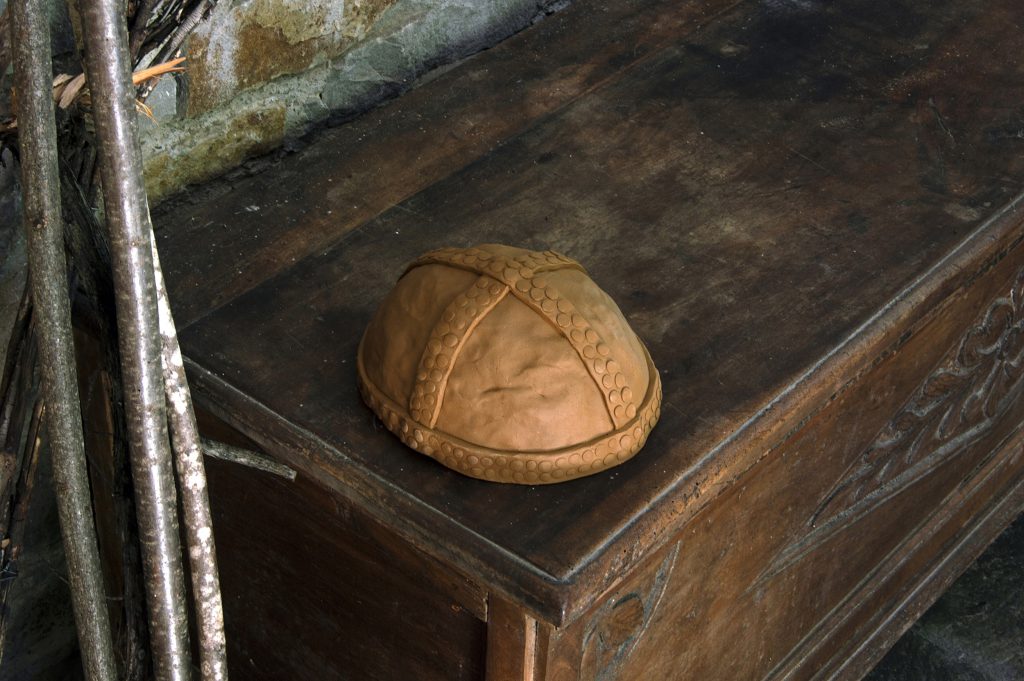 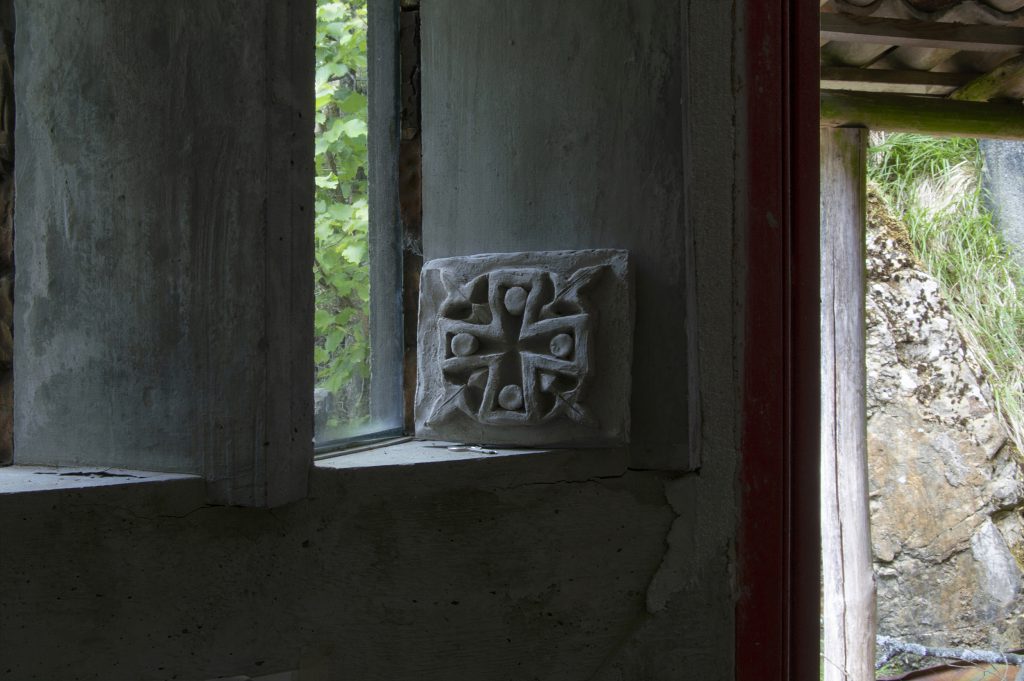 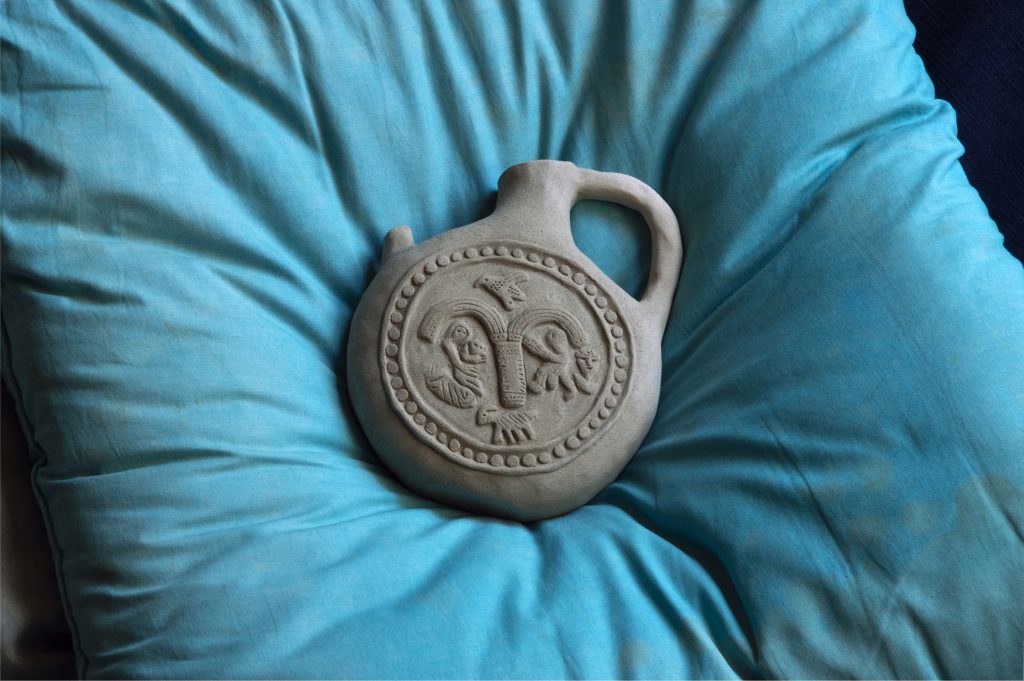 Ampulla with woman and child, man with a book, a goat and a bird, 4thC – 5thC AD 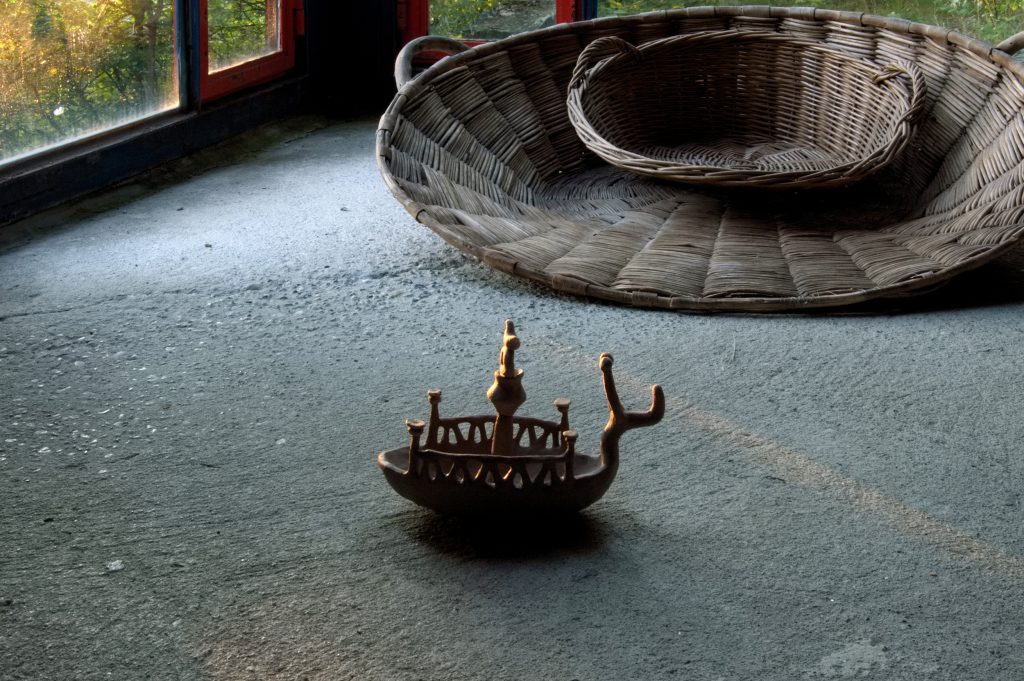 Model of nuragic ship, 9thC BC 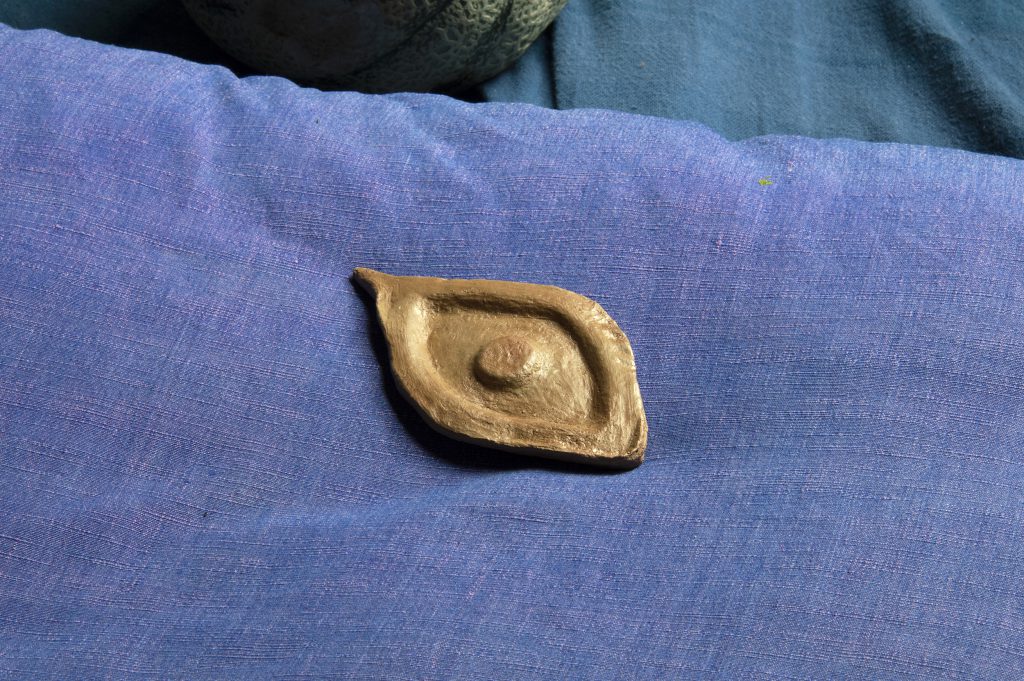 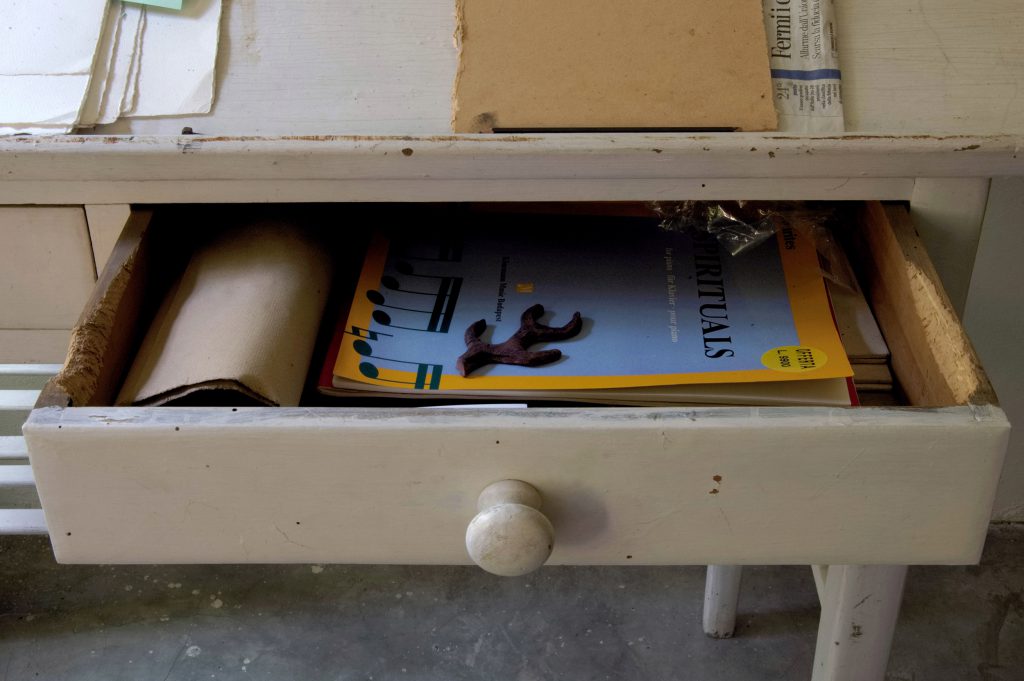 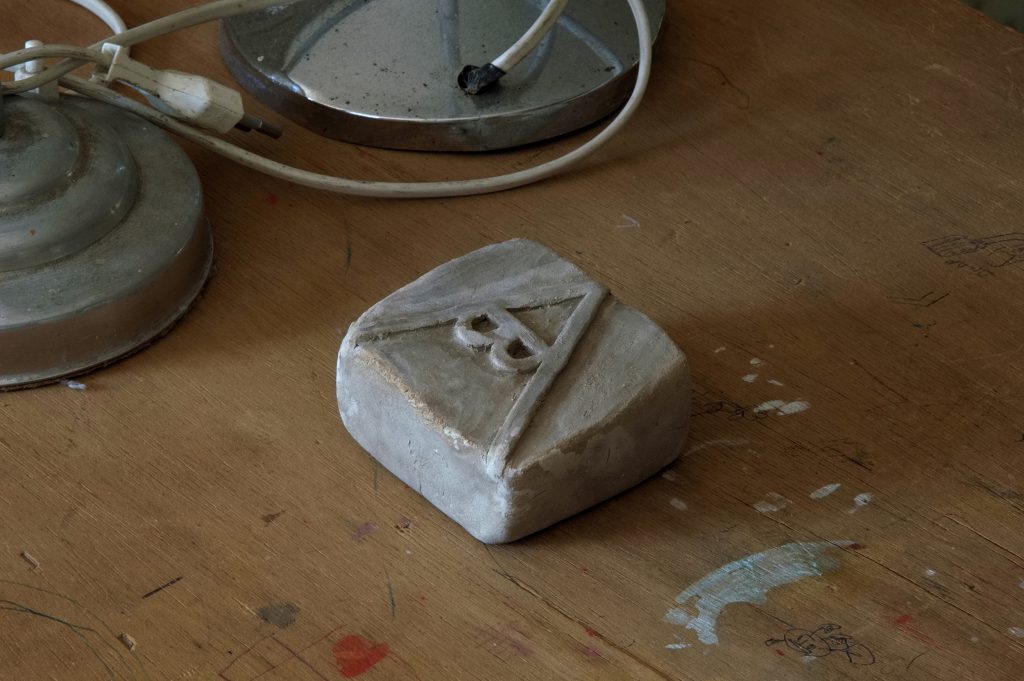 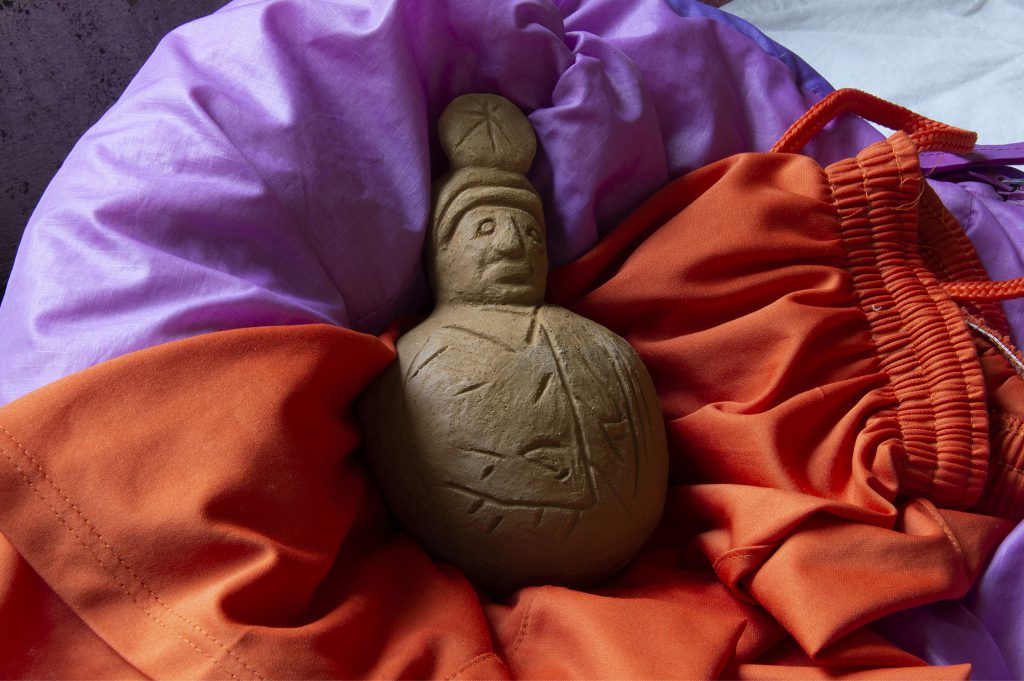 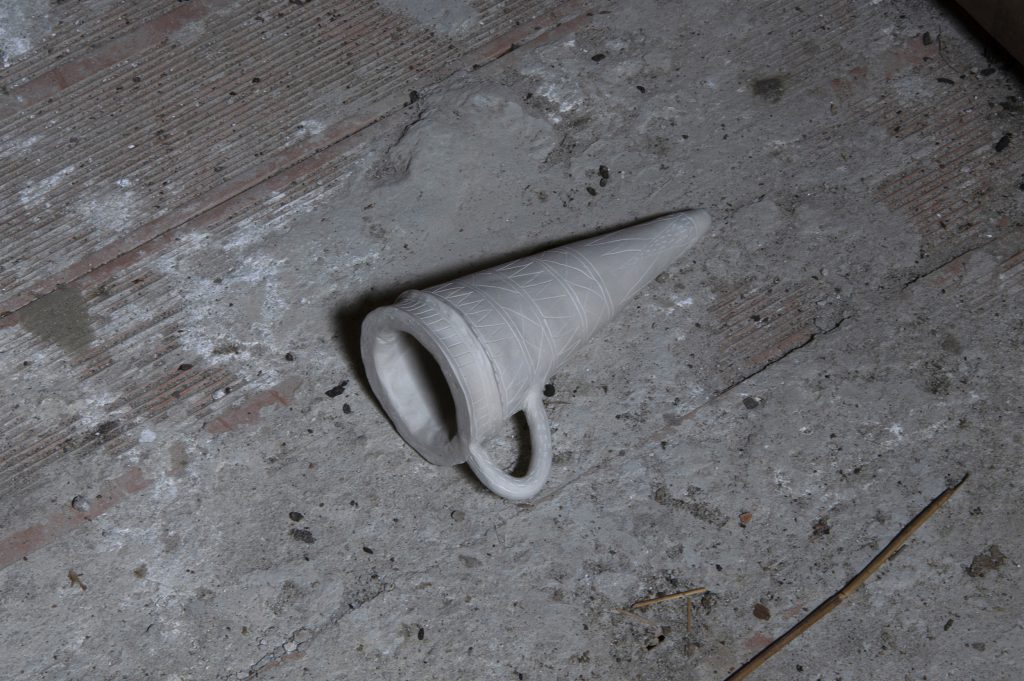 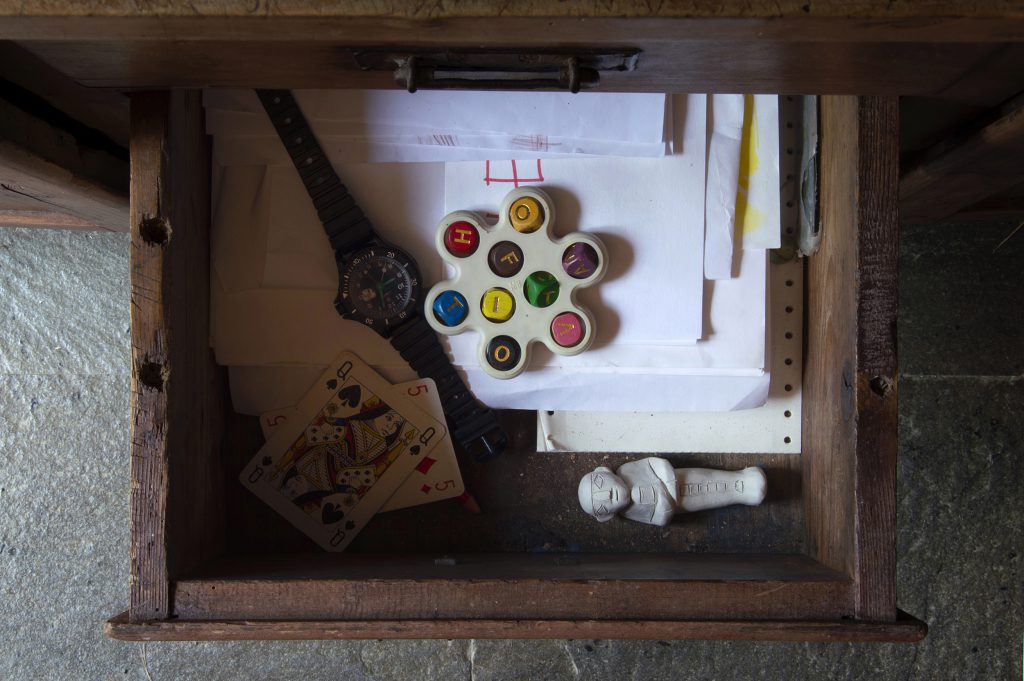 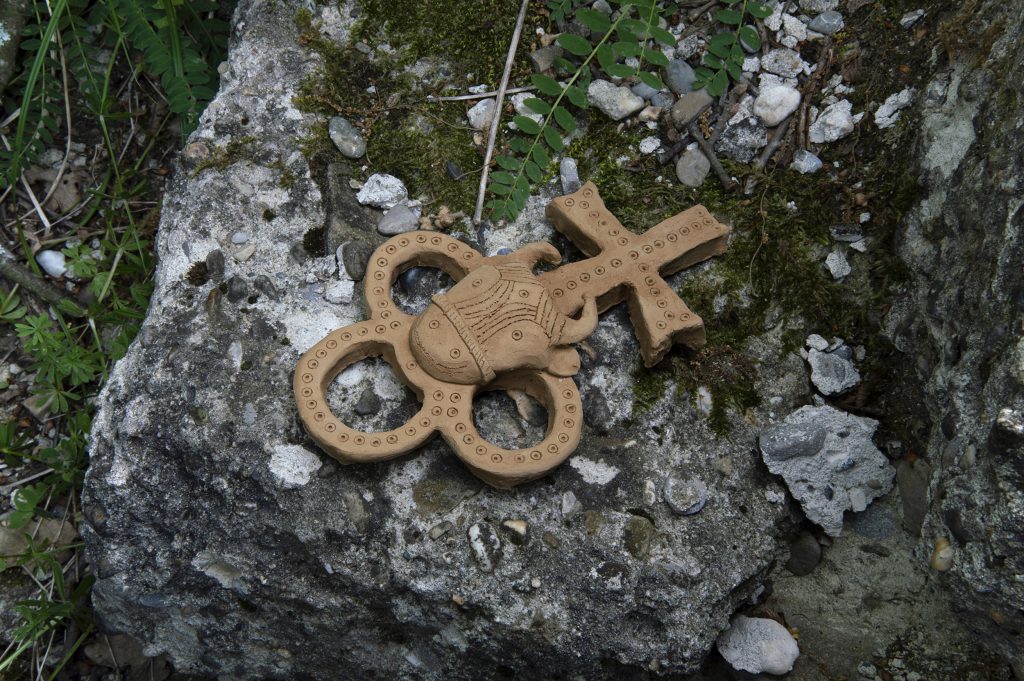 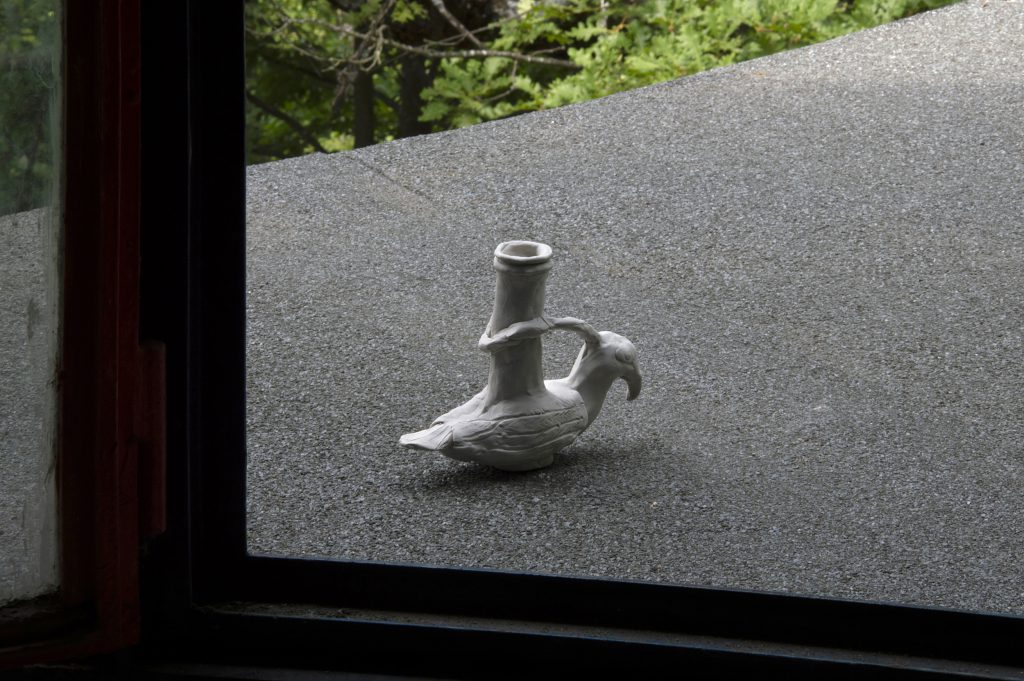 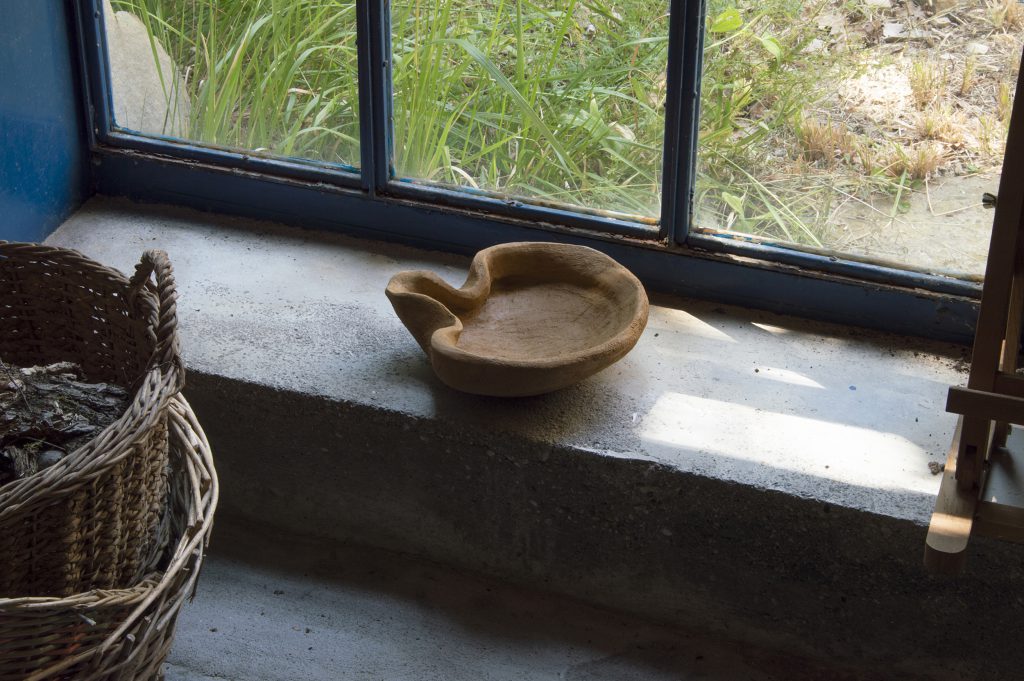 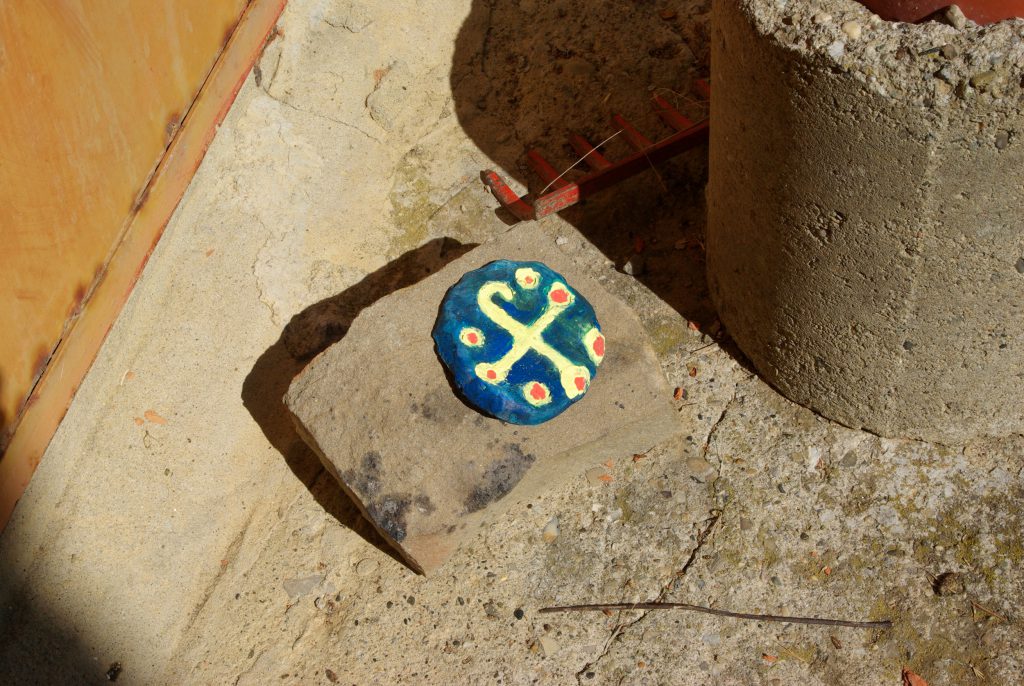